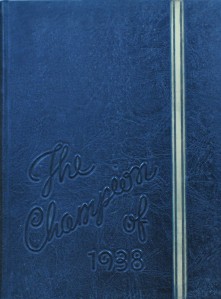 The Champion 1938 has been re-photographed to improve quality.  It is posted at :