By 1911, load limits and costly repairs of the Walnut Street Bridge led officials to begin planning for a new bridge.  Many officials and residents of Chattanooga wanted a Market Street Bridge because so much of the traffic crossing the river was destined for Market Street, the commercial center of downtown.  But officials also wanted a concrete bridge because maintenance would be easier. Construction began in 1914, and the Bridge opened in 1917. 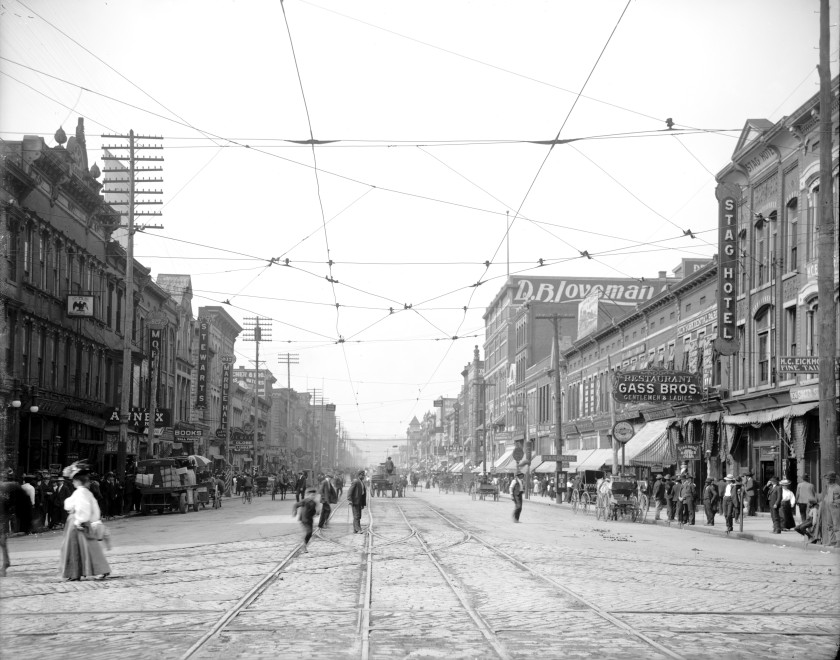