The first reference to “Cheer Leader” at Central is found in this extract from the Champion 1914.  Note Harold Milliken was “Cheer Leader” in 1913 and 1914. 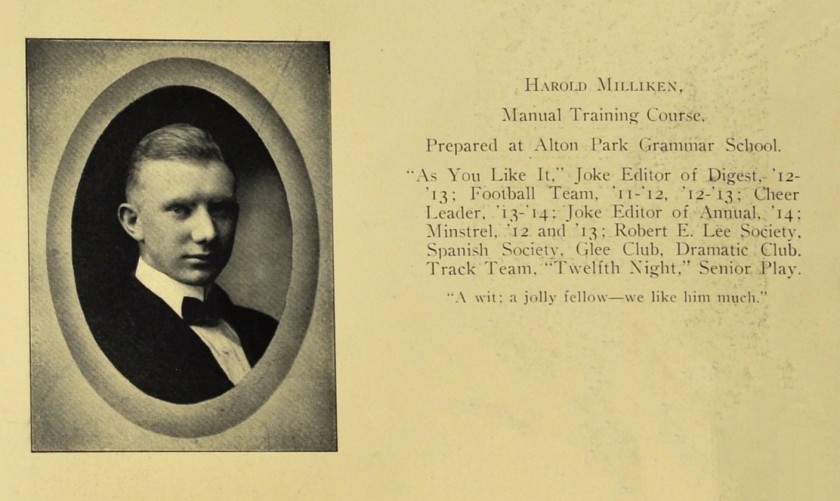 This extract from The Champion 1915 indicates Otis Beck was also “Cheer Leader” in 1913.

One thought on “Cheerleaders in 1913”