The Champion 1978 is now available.  It is not up to CCHAT standards and will be replaced. 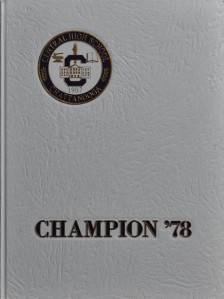