Shows One of the Side Entrances to the Original School Building 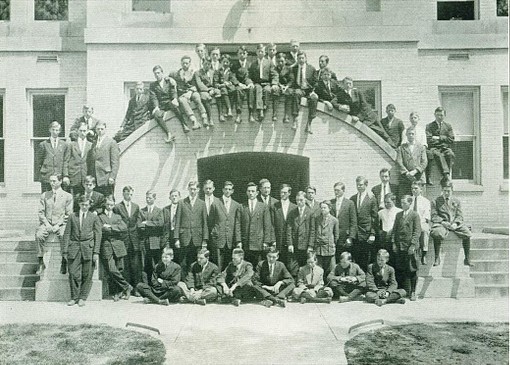